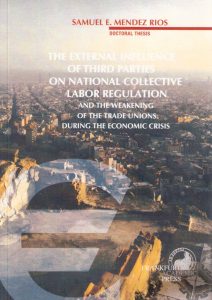 Our research focuses on the effect on the collective labor regulations produced by external institutions. First, we are going to describe how these institutions are functioning and through which mechanisms they are influencing the labor regulation in countries. To that end, we will present an analysis of practical examples like the labor reforms carried out in Spain and Greece during the recent economic crisis.
This book discusses consequences of external influence on the trade unions’ power, on employment protection and on the working condition of employees. There are a number of institutions affecting labor regulation in countries, and in our research we will distinguish two circles of these external influence agents. These circles have different mechanims of influence, which will be described in due course. To the inner circle we attribute the European Union, which appears generally in collaboration with other institutions and organizations, such as the European Commission, the European Central Bank, the International Monetary Fund, the Council of the European Union, and the European Council.
To the outer circle we refer the Credit Rating Agencies; we concentrate on the „Big Three“: Standards & Poor’s, Moody’s and Fitch. Further, we will analyze collective labor reforms and discuss whether measures taken during the economic crisis created a race to the bottom of trade unions’ and workers’ rights. To conclude, we will explain the importance of the ratification of the International Labor Organizations conventions and the adherence of collective labor rights in constitutional legislation. 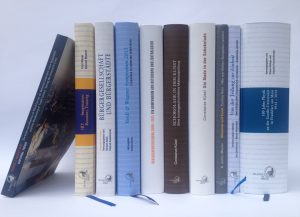